The last time the Canton of Zug awarded “Good Buildings” was in 2005. Since then, the prosperous canton has continued to be characterised by brisk construction activity, with numerous new buildings testifying to the population and economic growth of the “Boom” canton. The new edition of the award ceremony took place yesterday, with Canton Zug and Bauforum Zug awarding ten “Awards for Good Buildings in Canton Zug 2006-2016”. The fact that two L+M projects were among the few award winners in view of the large number of participants, put us in understandable ecstasy.

The three-family house Nestléstrasse, Cham, built in collaboration with Osterhage Giant Architects, was rated by the jury as “a physiognomy full of character, an unmistakable architectural design that lends the site a new, atmospheric atmosphere, striking and unagitated at the same time. Apparently effortlessly, the authors succeed in intelligently mediating between the various standards of the immediate neighbourhood. The beauty lies in the unspectacular. … In short: a dream.”

The B125 high-rise building designed by architects Philipp Brühwiler + Konrad Hürlimann impresses the passers-by of Baarerstrasse in Zug as well as the jury of the jury with its completely unimaginative, yet impressively functional and urban design: “With its height of almost 60 metres, the building sets an accent without leaving the dialogue with the street, with its neighbours and with its counterpart. It is a house that does not want to stage itself as an exception, but with its discreet, elegant charisma achieves something that many contemporary buildings fail to achieve: to be a normal residential and commercial building, one among many others. … It doesn’t show that it contains offices in the lower area and apartments above them. It does not stage balconies, but offers glazed loggias. It does not show the unsightly technical installations on the roof. And no plant troughs reveal that under the small garden lies the parking garage, but real trees, regularly planted, create a pleasant space. It spares us with all the things that do not interest the public at all. It is a house that seeks its quality in simplicity and in the basic themes of architecture: body, space and material”. 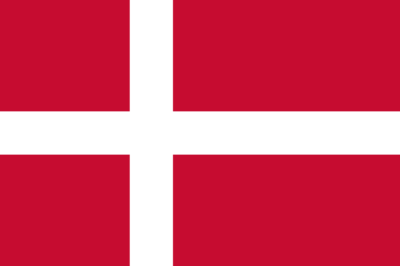 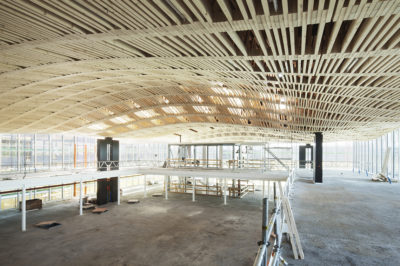 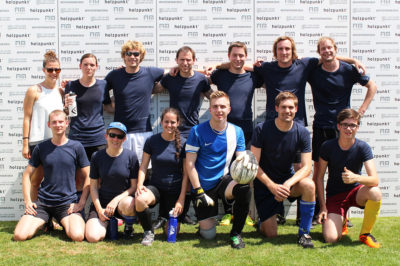