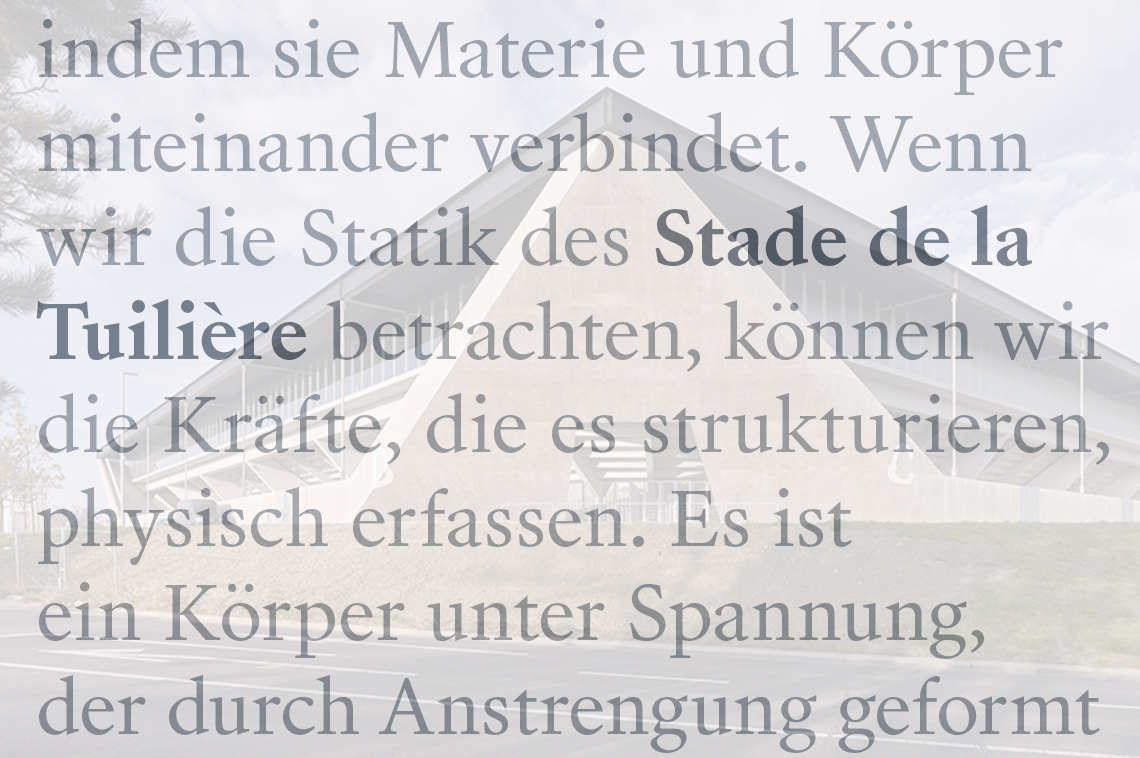 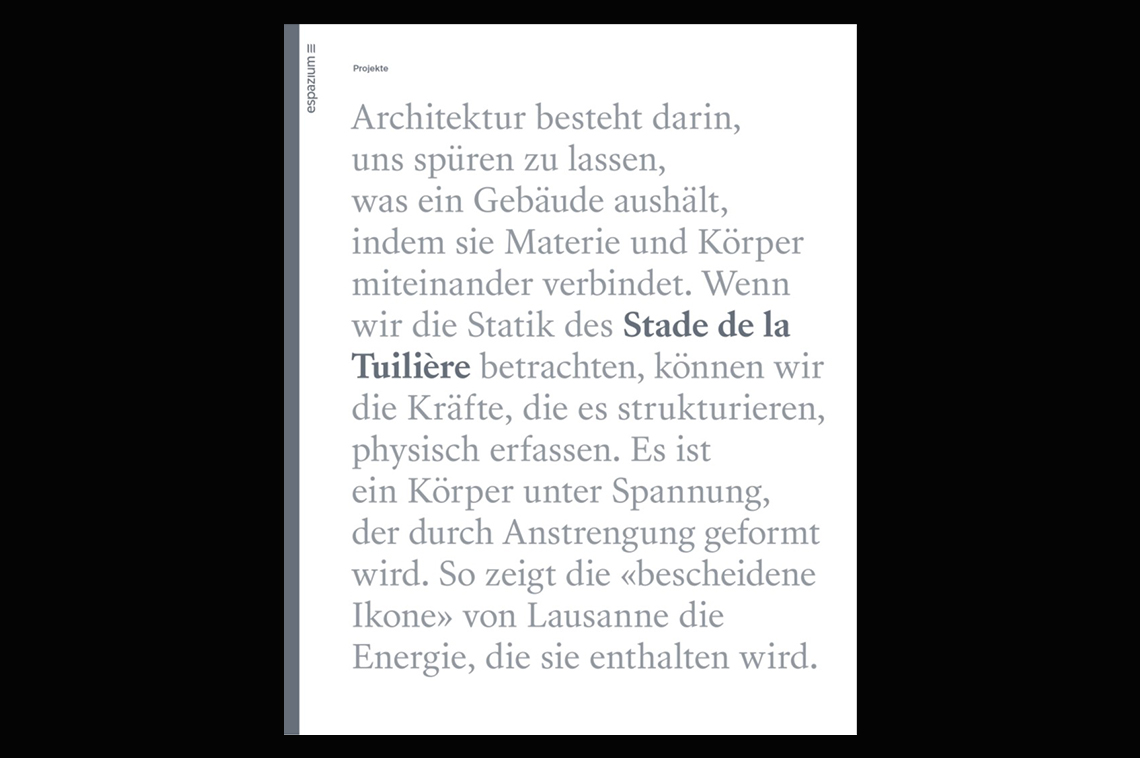 … we can physically grasp the forces that structure it.” A text excerpt by Marc Frochaux, editor-in-chief of TRACÉS, fills the cover of espazium‘s very felicitous special publication on the Stade de la Tuilière. The bilingual booklet, which will be included as an insert in the first January issues of TEC21 and TRACÉS, is being published to mark the opening of Lausanne’s new football stadium at the end of November 2020.
The fact that structural engineering is mentioned at the centre of the title is certainly no coincidence. Due to large spans and loads as well as frequently visible “naked” structures, stadium buildings are often characterised by the work of the structural engineers. In the case of the new Stade de la Tuilière, which was designed by the architects :mlzd/Sollberger Bögli Architekten and the engineers from Lüchinger+Meyer, the load-bearing structure forms the essential design element of the characteristic appearance.

This is also acknowledged in the contents of the booklet. The civil engineers are the only members of the planning team who have a direct say in the publication. Andrea Bassetti, responsible project manager at Lüchinger+Meyer, describes the design and the various components of the stadium structure in a compact and clear manner in his article “Tragstruktur des Stade de la Tuilière”. Furthermore, the special issue, which is well worth reading, brings together contributions from those responsible for the city of Lausanne as well as a detailed discussion of the stadium architecture. Explanatory plans and diagrams as well as the impressive photos by Ariel Huber, who accompanied the construction project during the entire execution phase until completion, support the understanding of the text contributions and round off the successful presentation of the brochure in an informative and impressive way. 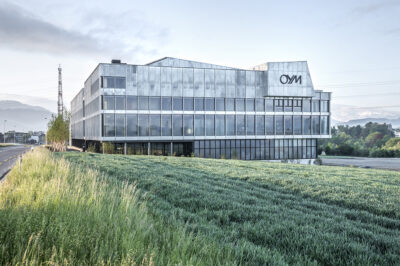