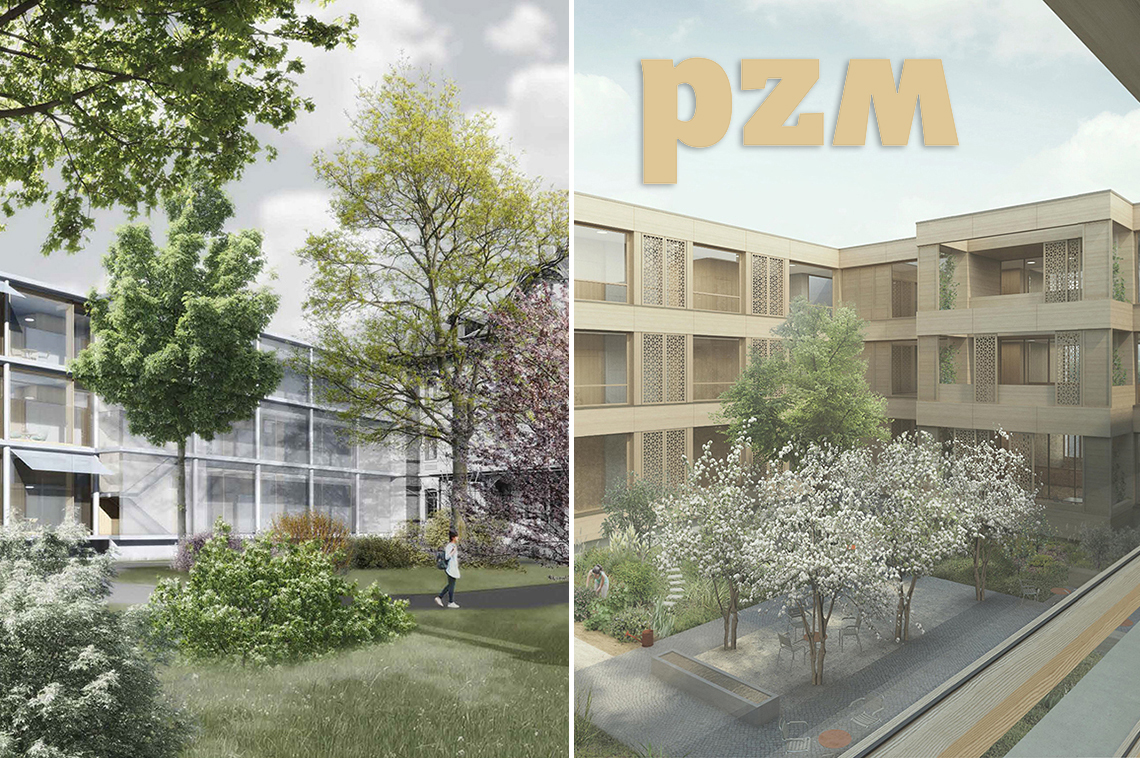 The Psychiatriezentrum Münsingen (PZM) is one of the largest psychiatric hospitals in Switzerland. The steady growth of the center since its foundation will continue in the future. The open, two-stage competition “Overall development PZM 2027” was intended to set the design guidelines for the expansion of the listed building. 18 idea sketches for the overall urban development concept of the area were submitted in the 1st stage. Five participants were selected for the 2nd stage, in which concrete and feasible project proposals for the renovation and expansion of building 25 (45) were to be formulated.
The structural engineers from Lüchinger+Meyer were part of two teams in the final round: The “Zauberpark” (Magic Park) project by Waeber / Dickenmann / Partner reached the shortlist (2nd place).

“Altogether, the design convinces by its clear architectural idea as well as by the harmonious embedding into the entire layout,” the jury praised the work. “The stringently formulated design approach” provided for the restoration of the original building contour and its extension by means of two symmetrically arranged side wings as solid structures.

The Lucerne team of engineers worked alongside blgp architekten. Their project “Tatanua” included a striking perimeter block development with large-area exposed concrete facades. A concrete construction with direct load transfer was planned for the new building. 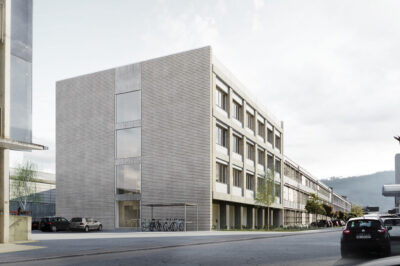 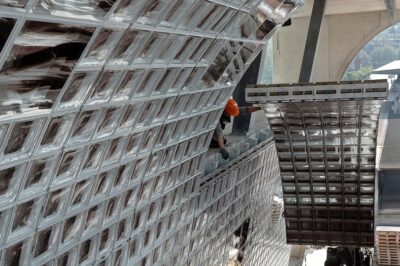 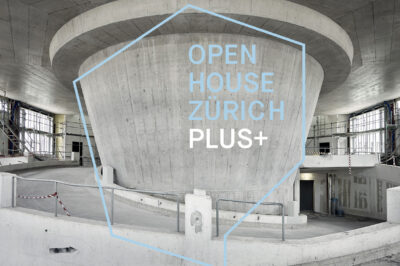