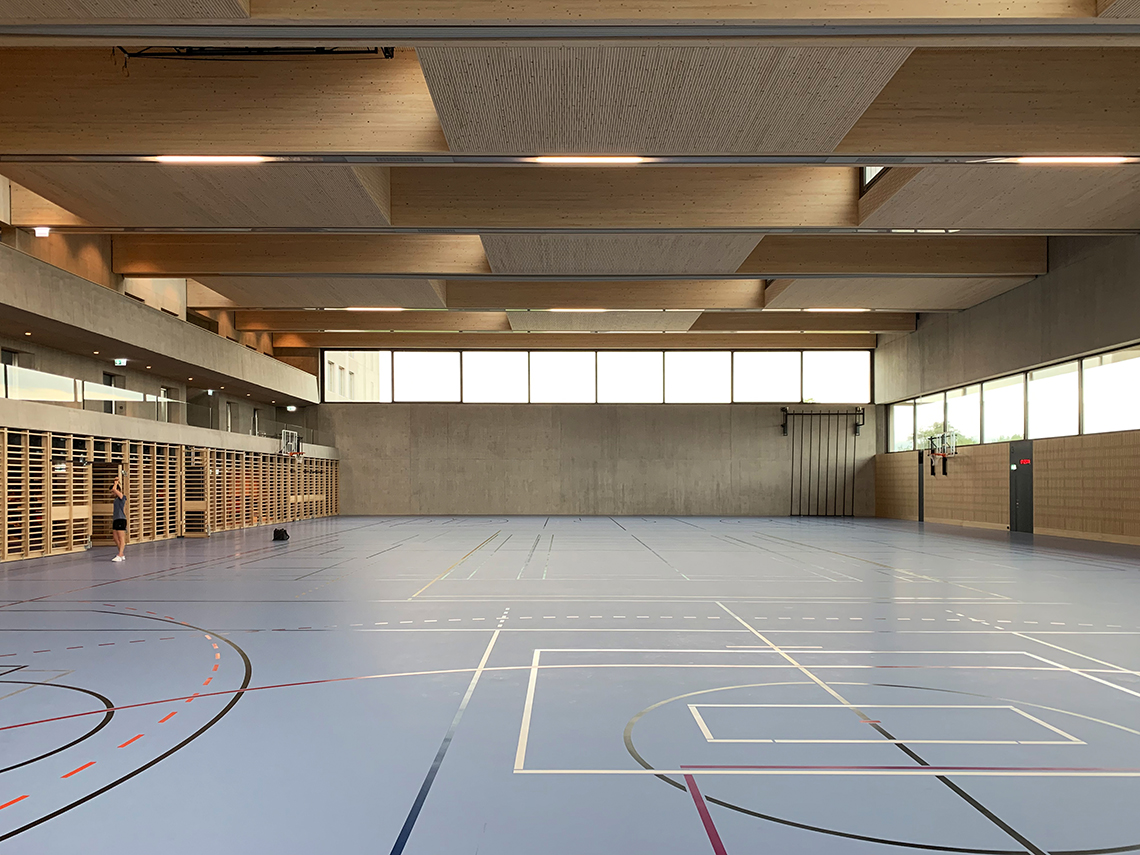 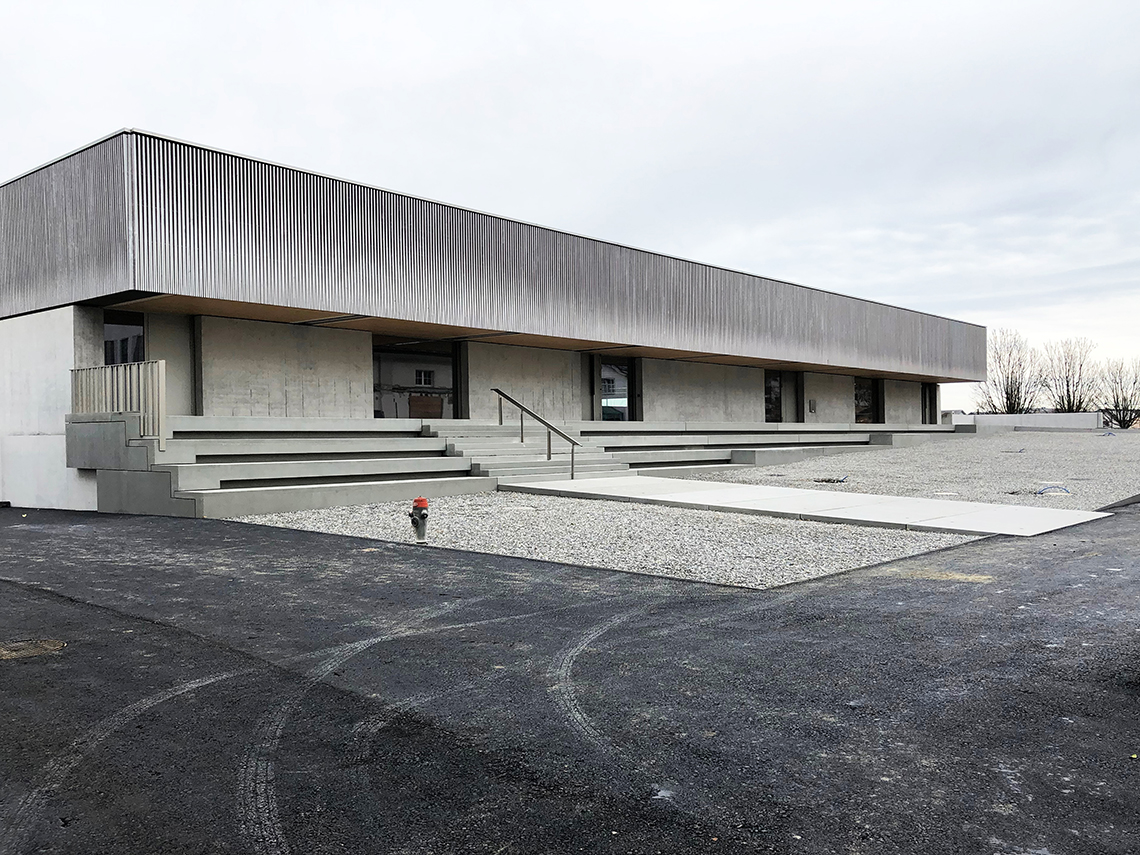 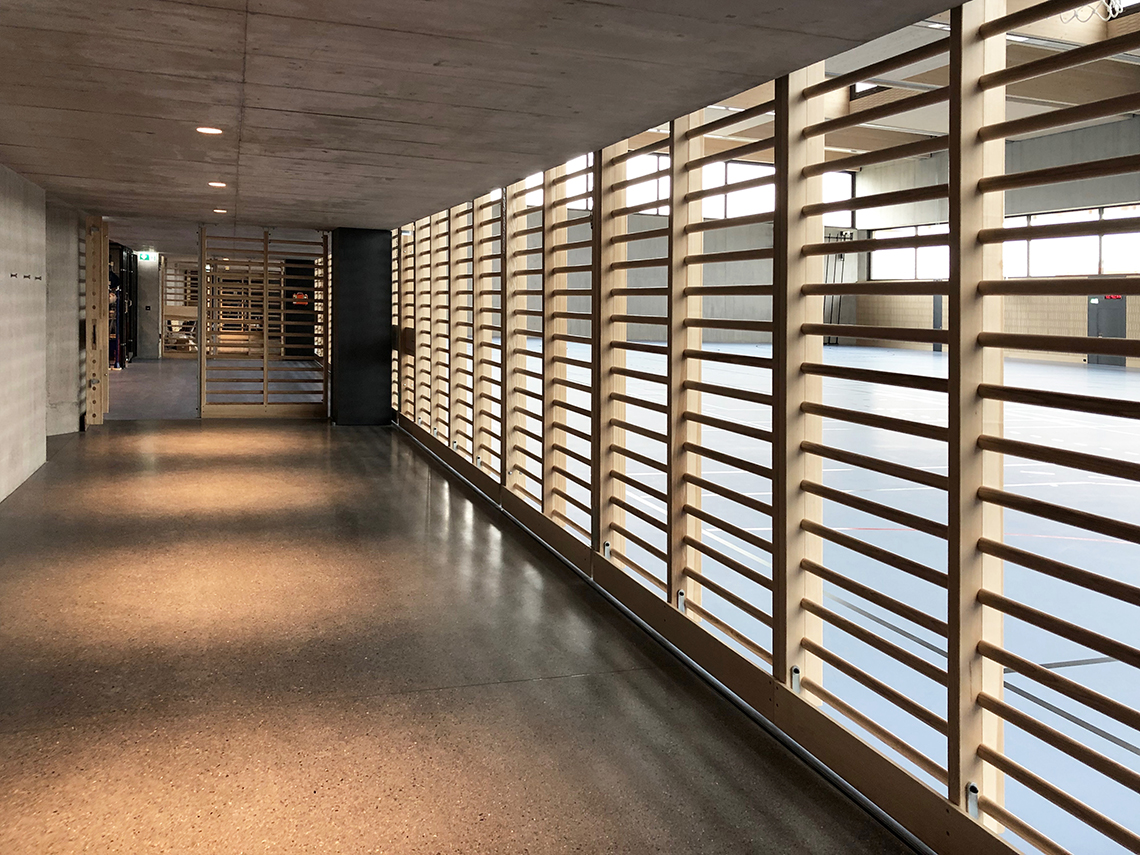 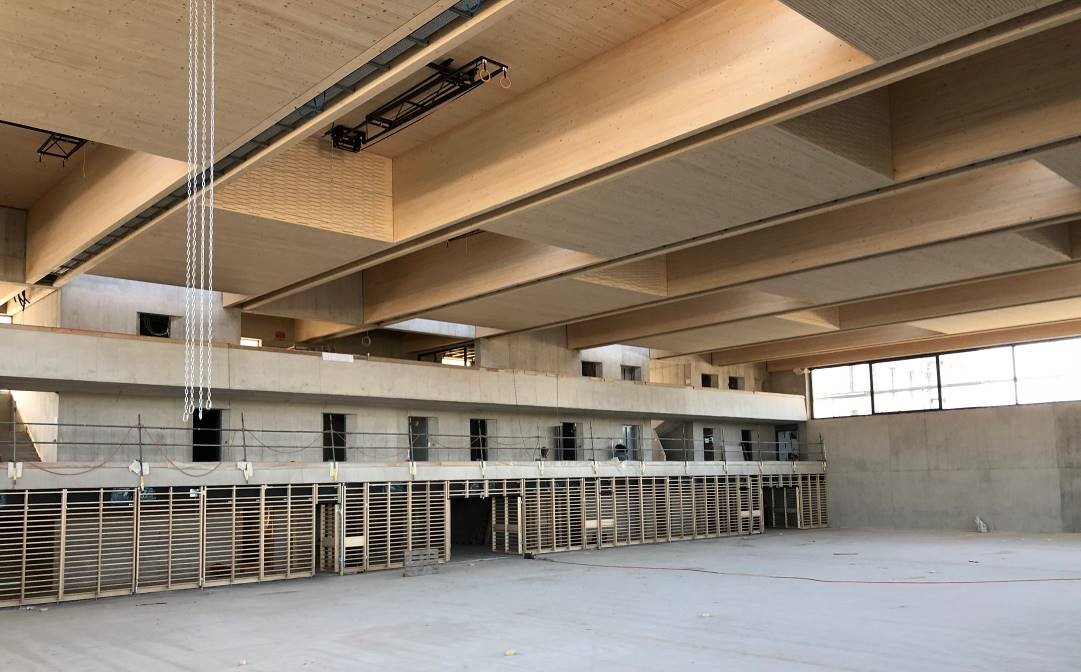 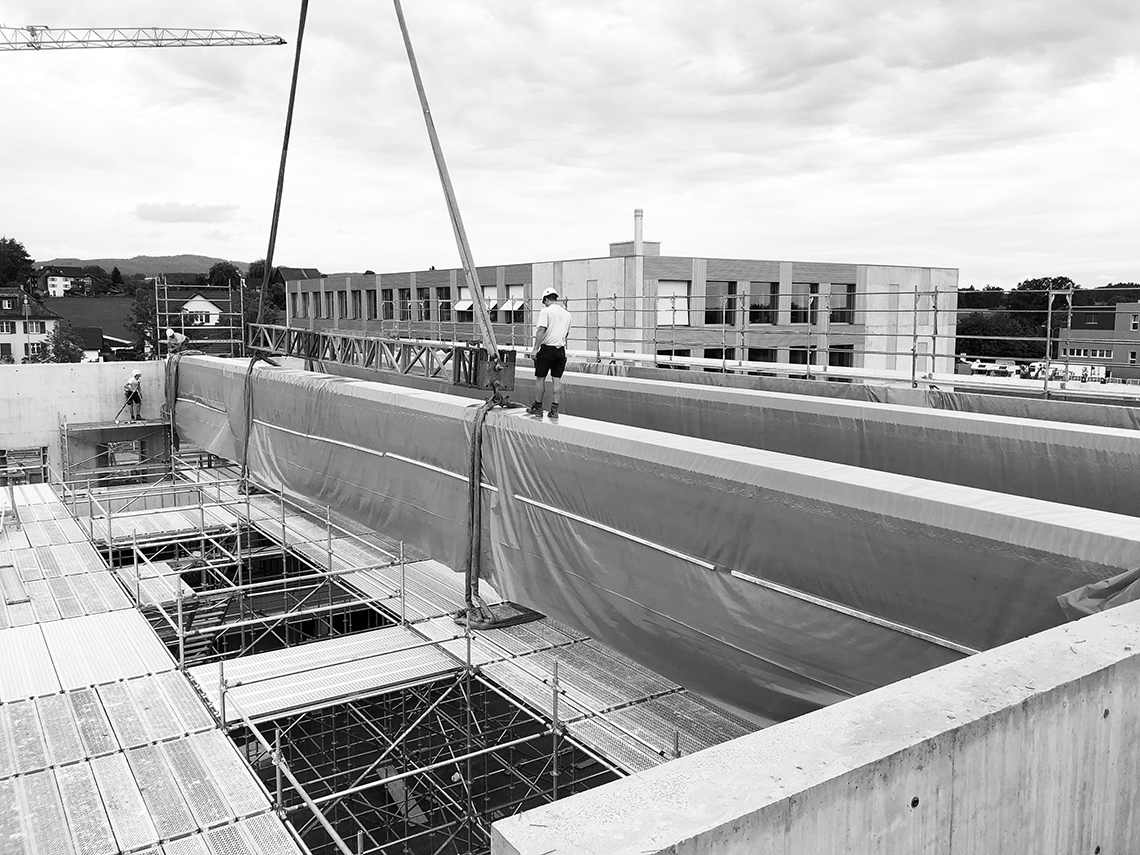 A gift for the athletes of Egnach

“One must celebrate festivals as they fall.” And sometimes also when they are cancelled… we make today our motto and celebrate in silence, but with joy and pride the inauguration of the new triple use sports hall Neukirch in Egnach. Together with Waeber / Dickenmann Architekten, the structural engineers of Lüchinger+Meyer got involved in the project planning and realization of the building, which was erected in the immediate vicinity of the newly built secondary school, which had previously been built in the same planning cooperation.
Already one year ago, in May 2019, the completed sports facility was handed over to the clubs of the municipality of Egnach. After the final adaptation of the outdoor sports field, the sports hall was to be inaugurated today, Saturday, during a large public festival. Of course, this event could not take place because of to the current viral danger situation and was responsibly cancelled. Nevertheless, we will not let the festive atmosphere be taken away from us.

“Many fruit trees, 68 hamlets and four train stations” – this is how the Thurgau community of Egnach characterizes itself. Now “two large sports halls” may also be included in this numeration, because in addition to the existing Rietzelghalle, the new sports facility in Neukirch has taken a firm place in the community, is heavily frequented by the clubs and has now even been tested as a competition site. The project planning and execution of the building also offered “sporty” challenges. The planning of the timber roof structure; the high-quality implementation of the numerous visual concrete surfaces; and the challenging realisation of the beam of the north façade, which spans up to 50 meters, were among the ingenious highlights in the history of the hall’s development.

We wish the sportswomen and sportsmen of Egnach a lot of joy in their new hall! 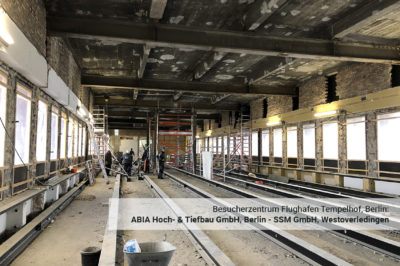 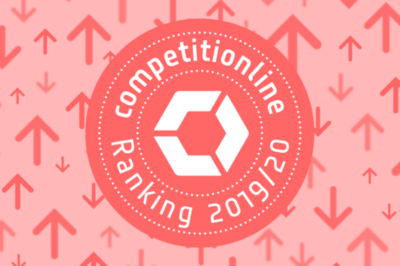 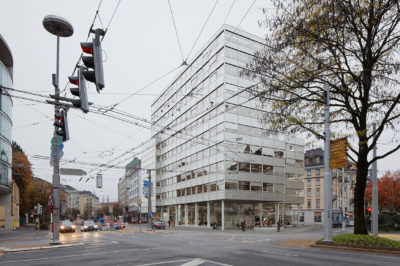 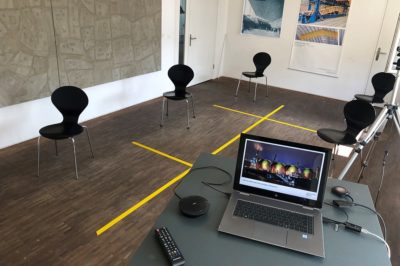 Sometime they’ll give an office information and nobody will come ...