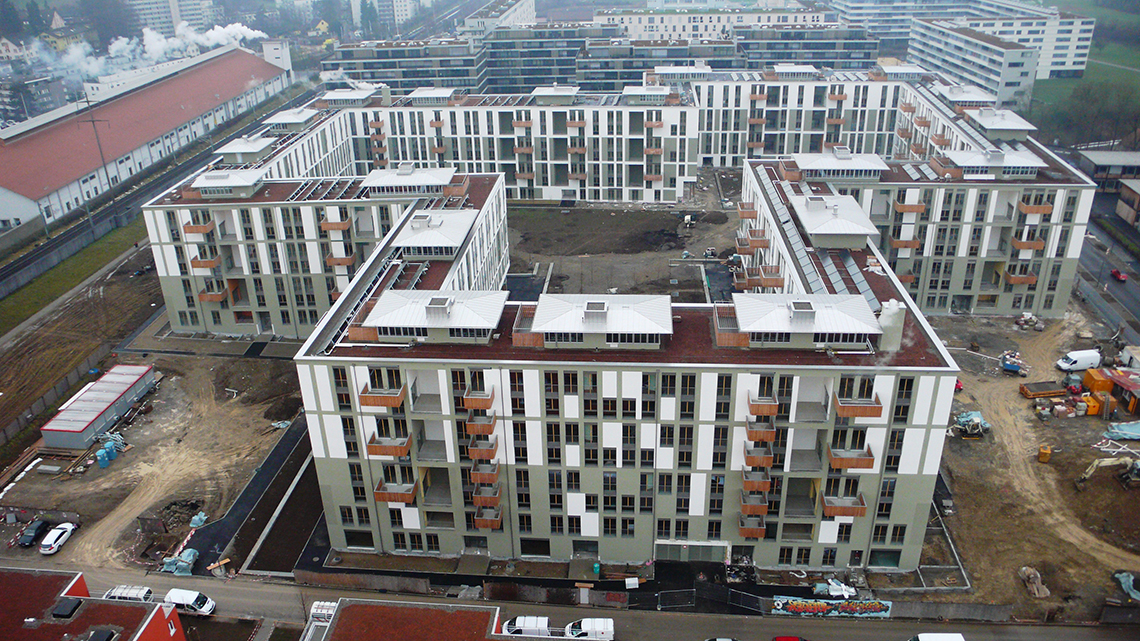 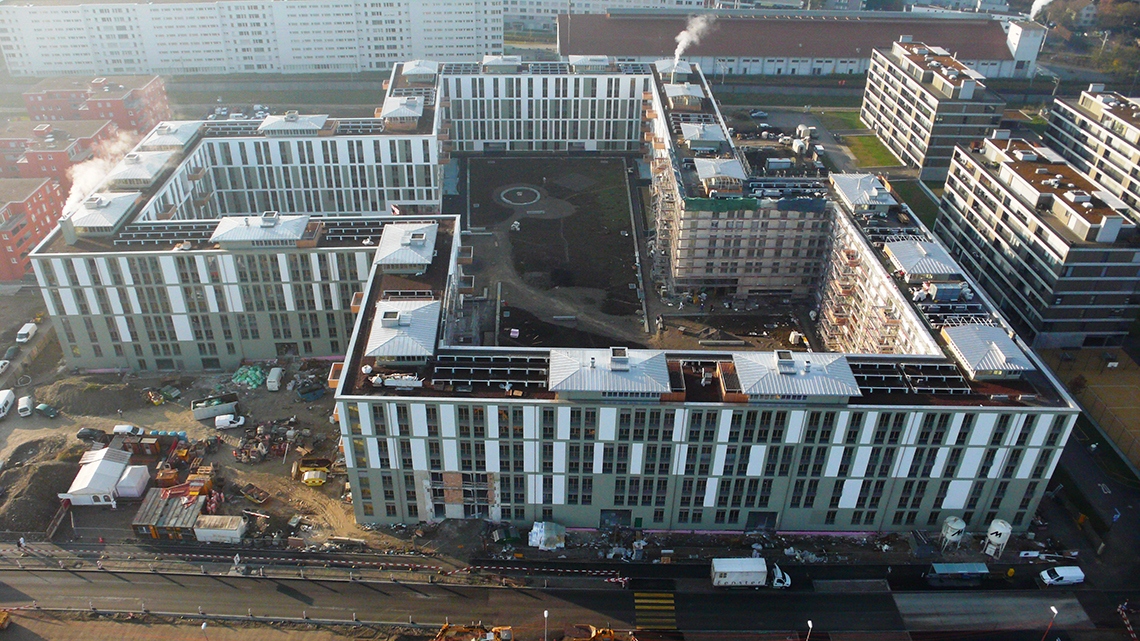 The planned building comprises a seven-storey building around the perimeter of a block and was commissioned by Gemeinnützige Bau- und Mietergenossenschaft Zürich (GBMZ) and Baugenossenschaft Hagenbrünneli Zürich (BGH). Underneath the six residential storeys lies the upper ground floor (courtyard floor) which accommodates different types of use, and beneath that is the upper basement storey and in some places also a second basement storey. The perimeter building above the lower basement storey is divided by two vertical expansion joints into two separate structures.

An underground car park will be constructed beneath the inner courtyard bounded by the building. The underground garage is not joined monolithically to the building. It is divided into three self-bracing systems.

The drainage concept involves all the rainwater that falls on the site being drained away on site via soakaways with retention capacity. 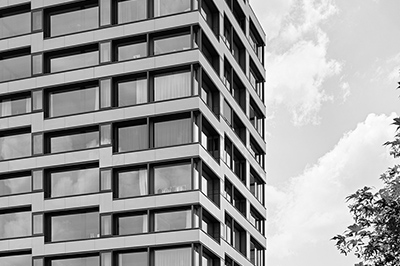 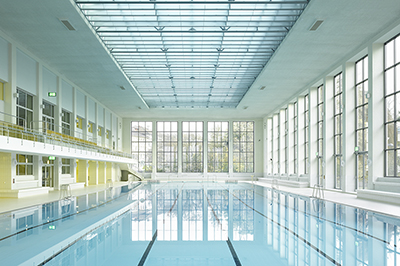