The five classroom wings and two gymnasiums of the Schönau school, built in 1960 and now registered as a historic building, were showing signs of severe damage and defects on the outside. At the same time as converting parts of the interior of the buildings, which necessitated some alterations to the primary supporting structure, extensive restoration work was also carried out to the external shell.

In the case of the fair-faced masonry, this involved the complete demolition and reconstruction of the outer shell, restoring its original appearance. Corroded reinforcing steel was emerging from the fair-faced concrete plinth, parapets and bays, as a result of the carbonisation of the concrete through to the reinforcing layers. The parapets of the inner courtyard and the masonry work were re-concreted. The remaining areas, however, were repaired where required using purely cementitious reprofiling mortar. This ensured an optimal match between the repairs and the existing weathered concrete texture. The structural investigation of the existing pre-stressed roof girders that span the two sports halls indicated insufficient shear capacity. Steel plates were bonded to the girders to increase their structural stability in compliance with current standards. 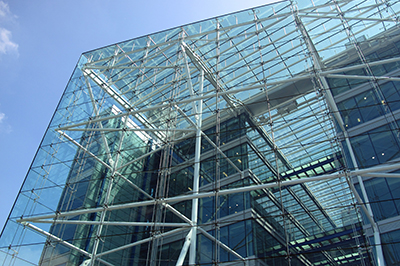 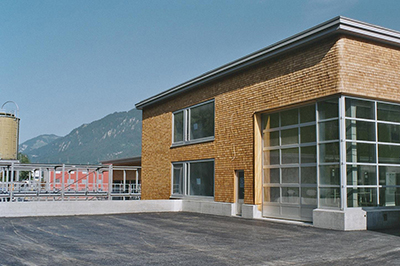 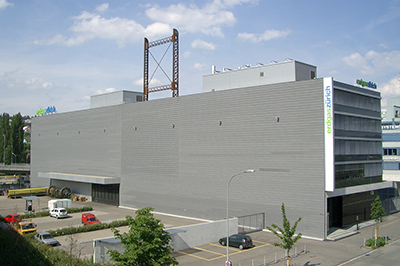 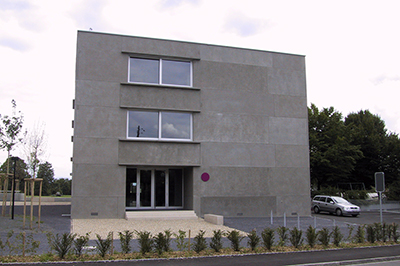