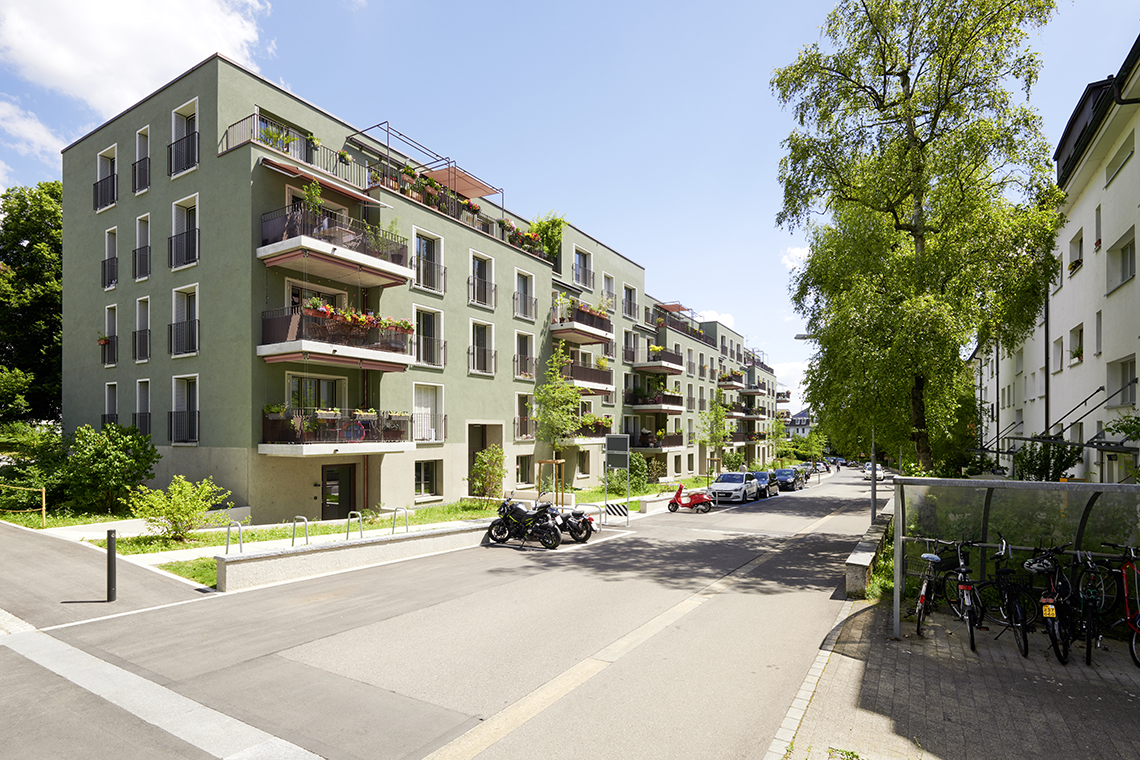 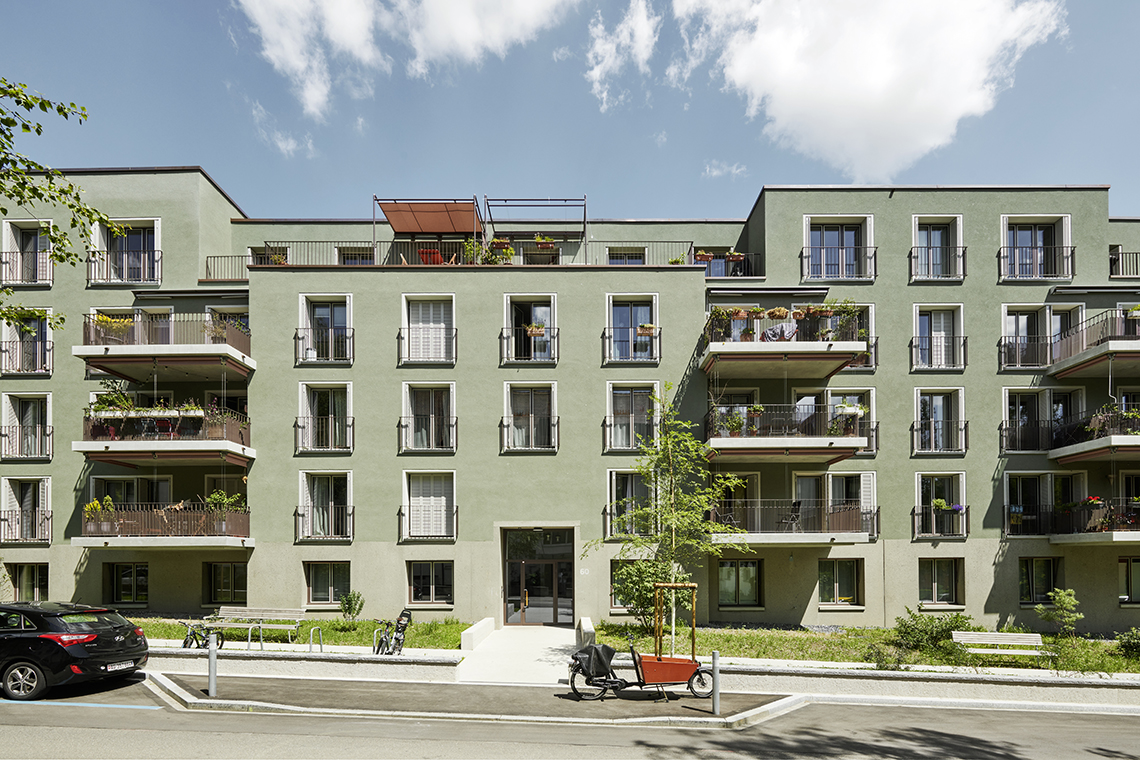 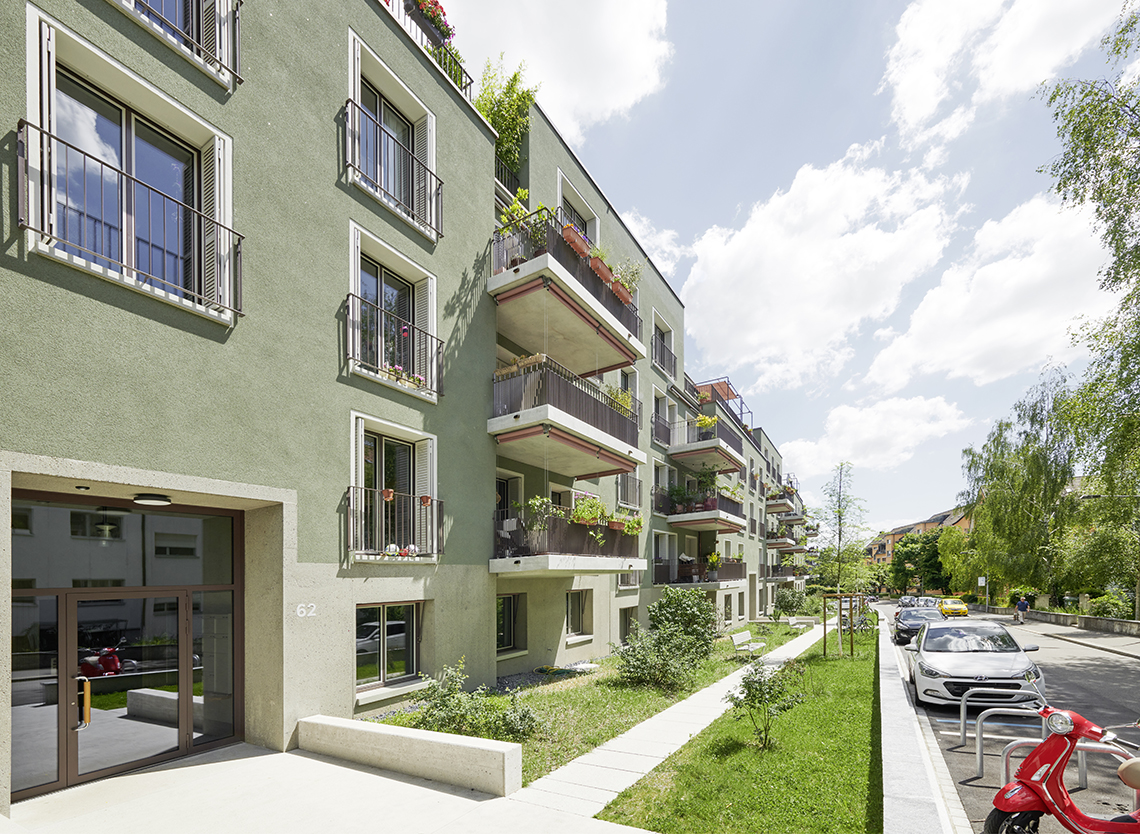 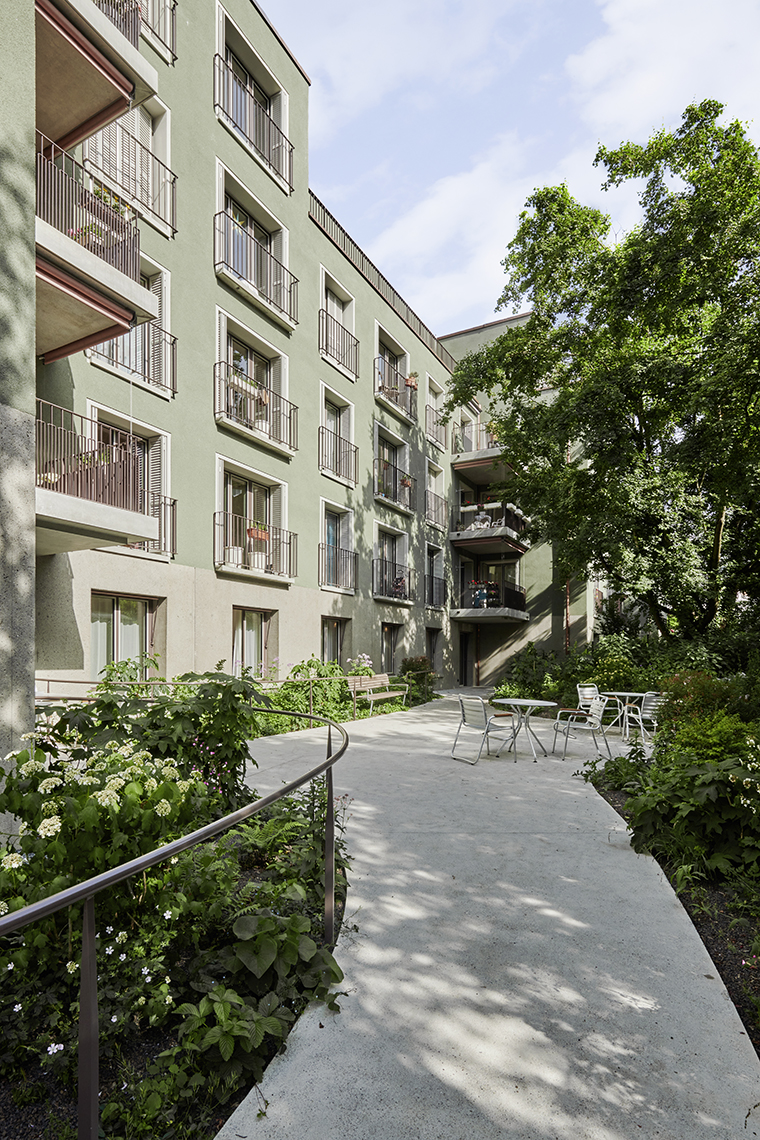 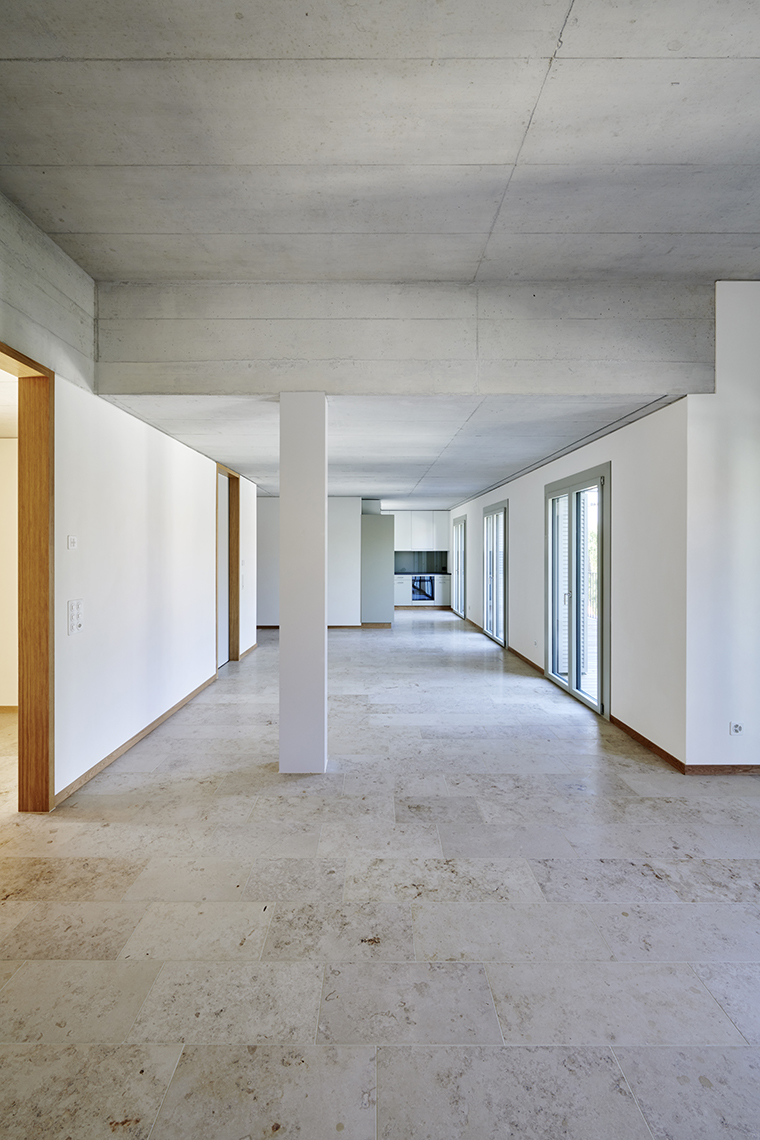 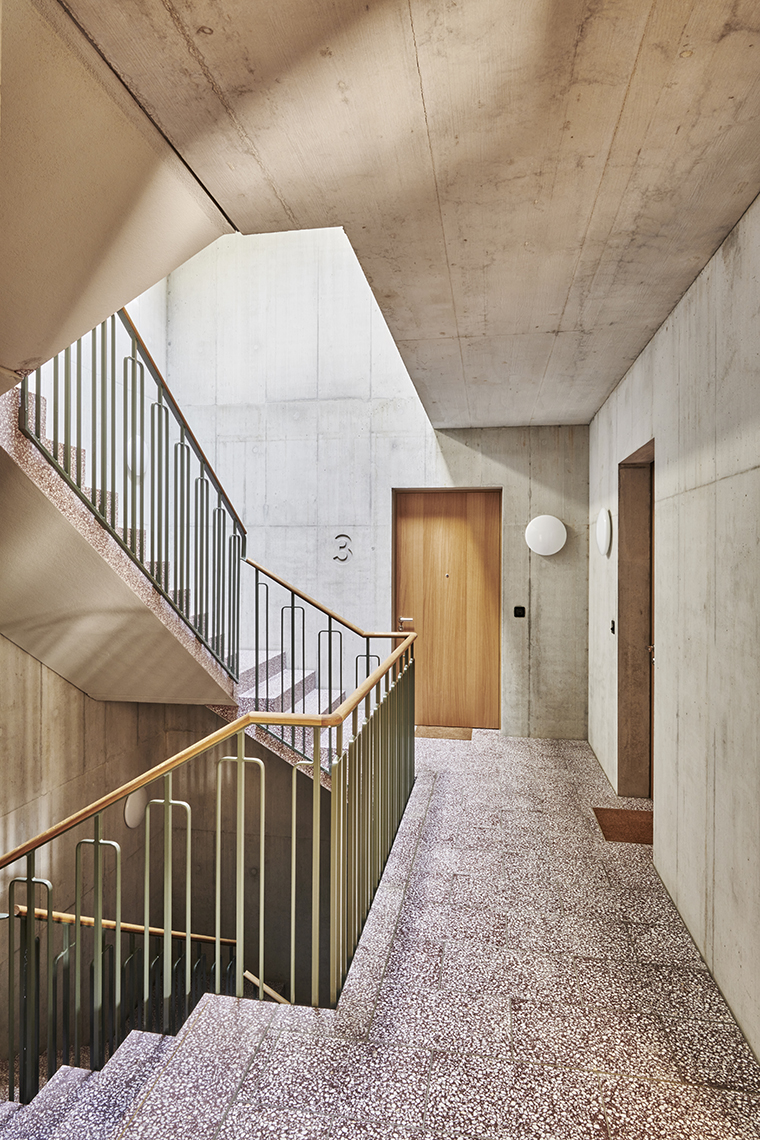 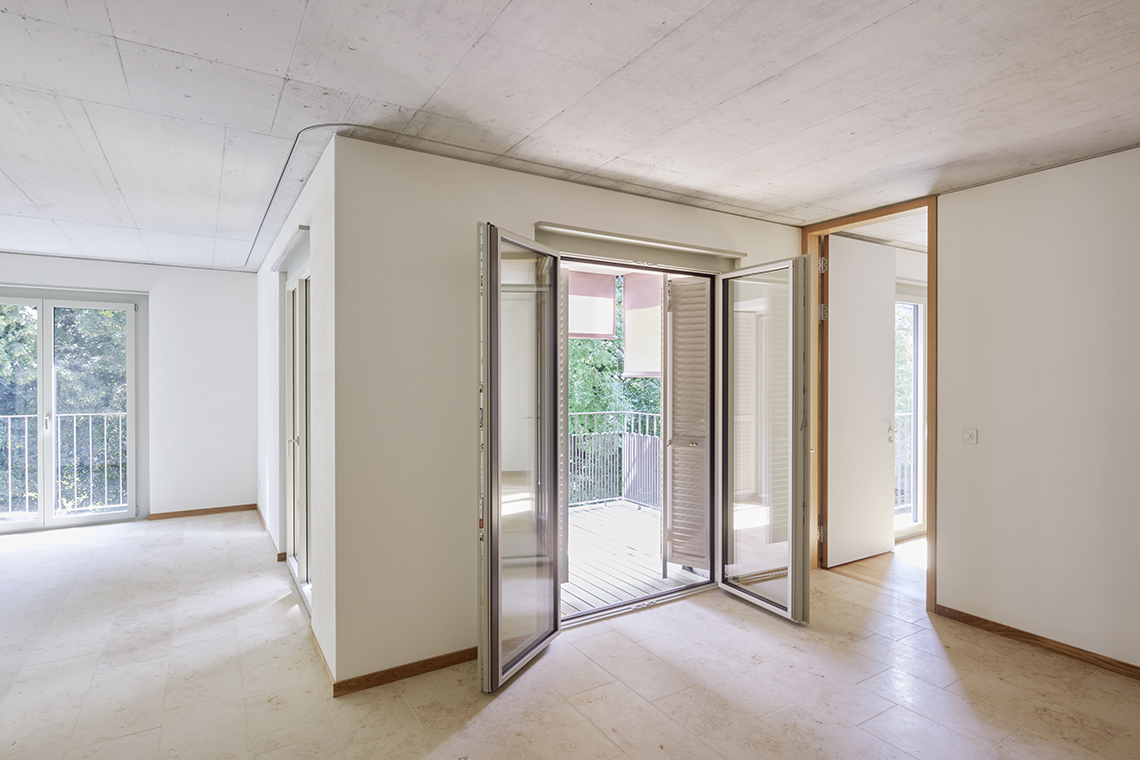 The replacement building Stüssistrasse 58-66 extends along Stüssistrasse in the Zurich-Unterstrass neighborhood and is located at the level of Ilanzhof. The elongated structure with the main dimensions L/W = 82m/18m has three upper floors as well as attic, ground and basement levels. The building was developed according to the guidelines of the 2000-Watt Society.
All above-ground floors are used for residential purposes. Since the terrain is steeply sloping towards the north, the building partially burrows into the terrain. By means of a ceiling offset, the entire first floor nevertheless remains above ground, which allowed a diverse use with storage, bicycle and wash rooms as well as two care living groups. In the basement there are storage rooms, technical rooms and two shelters.
The building was basically constructed in reinforced concrete. A special feature is the facade. This was realized from the 1st floor to the attic floor using load-bearing single-stone masonry. On the ground floor, a double-shell exposed concrete wall was used as the facade due to the higher loads, whereby the areas below ground level merge into a single-shell waterproof concrete construction. 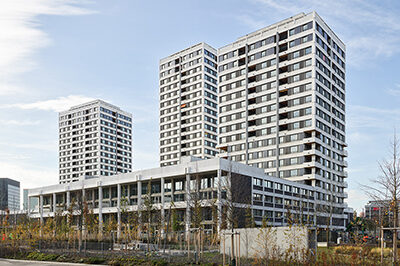 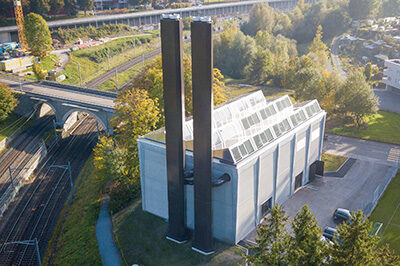 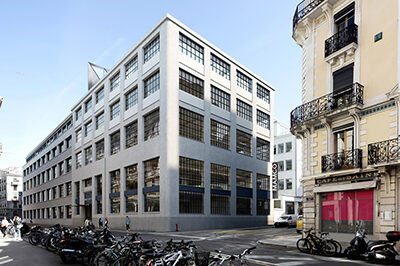 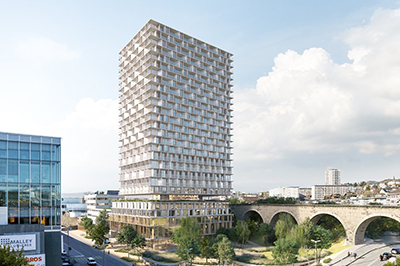