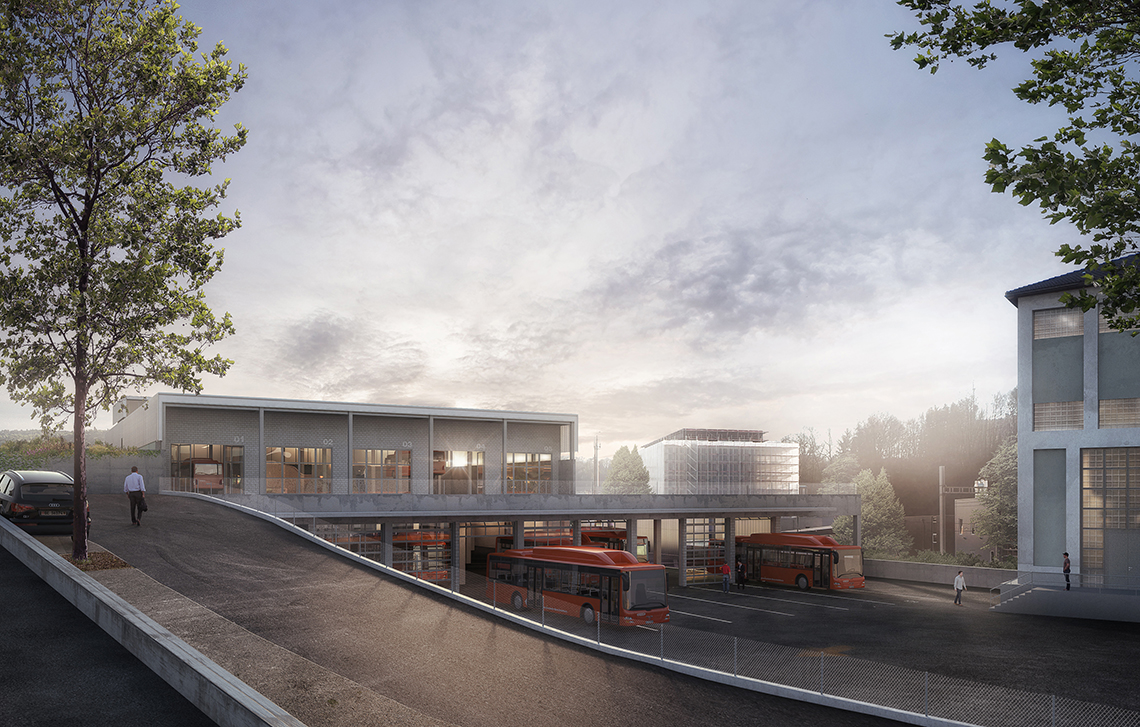 The Bern-Solothurn regional bus service (RBS) transports 7.5 million passengers annually, 45 vehicles are serving a total of 21 lines. Since the existing bus garage in Worblaufen can no longer cope with the growing bus fleet, a new, modern RBS bus centre is to be built in Ittigen between the motorway viaduct and Papiermühle railway station by 2023. The BKW group, who simultaneously intends to renew its existing substation on the same site, is partnering the project. Ten teams of planners submitted outlines in a project competition for this multifaceted task. After an overall assessment (including the criteria project idea, building and exterior design, operation, construction and sustainability as well as economic efficiency) the jury awarded the team around :mlzd, which also includes the Lüchinger+Meyer structural engineers.

The design provides a division of the area into two parts: In addition to the large four-storey bus centre with car park, car wash, petrol station, workshop, offices and staff rooms, the rather small buildings for the RBS electrical service and the BKW substation will be constructed. This also includes the historic BKW repair building, which will be integrated into the new building ensemble.
The supporting structure of the bus centre was designed as a skeleton structure in prefabricated concrete and steel hybrid construction. The ground floor as the base of the building is made of concrete. Supports and girders are prefabricated and partly prestressed in the area of large spans. Most of the solid construction can be made of recycled concrete. The upper floors are constructed using an efficient steel-concrete composite construction method.
All competition designs can be viewed from 26th of April to 6th of May in today’s bus garage at Hubelgutstrasse 4 in Worblaufen. 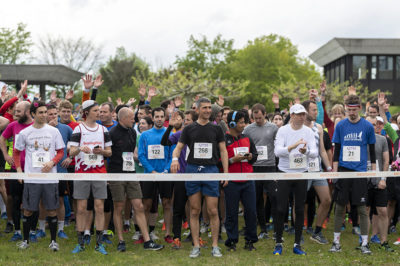 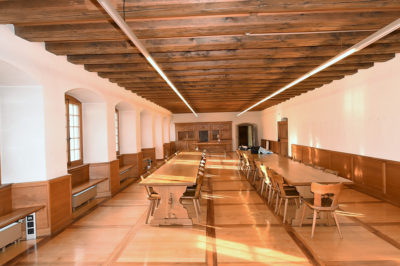 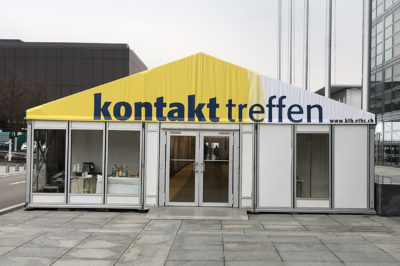 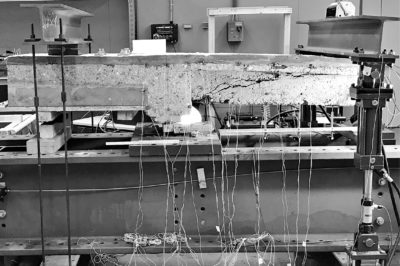